The soccer games played and watched, the line up from the carpark to the gate navigated successfully, we arrive home with three energetic small people and a grumpy tired baby. Lunch for them, bed for the other, and the afternoon opened up before me, and the studio beckoned. I spent a delightful hour painting and layering and painting and stamping and stenciling and doodling, with a decent amount of self-castigation and a smattering of instagramming.

By last night, my canvas I was recycling for an editorial calendar was awash with yellow and pretty darn close to done, and I have to say, I am thrilled with the results.

I was feeling really flat about it, until I decided I needed to treat it as an artwork in it’s own right rather than just the base for something else. It was then the inspiration for the final elements – the birds – arrived; it wasn’t much from that to drawing and then cutting a stencil from printer paper, laying on some semi-translucent paint, and then outlining with my favourite uniball ink pen. Just what it needed. Except now it’s almost too pretty to cover with post it notes to use as my editorial calendar!

I’ve done enough of these now to know to fight the temptation to walk away in the middle when I am not overly enthralled. When I can push through that and keep going, I know now, is when I end up creating something I love. I am starting to develop a really addiction to mixed media. Maybe, just maybe, if this week plays nice, I might get another one done. We’ll see. There are a couple of other projects calling my name at the minute. Like the June block of the Once Upon a Time sampler that has just been released. The ripple is getting closer than ever. And three little people have outfits in the making that are required soonish so I really should get cracking on those. Maybe while I wait for the paint to dry? 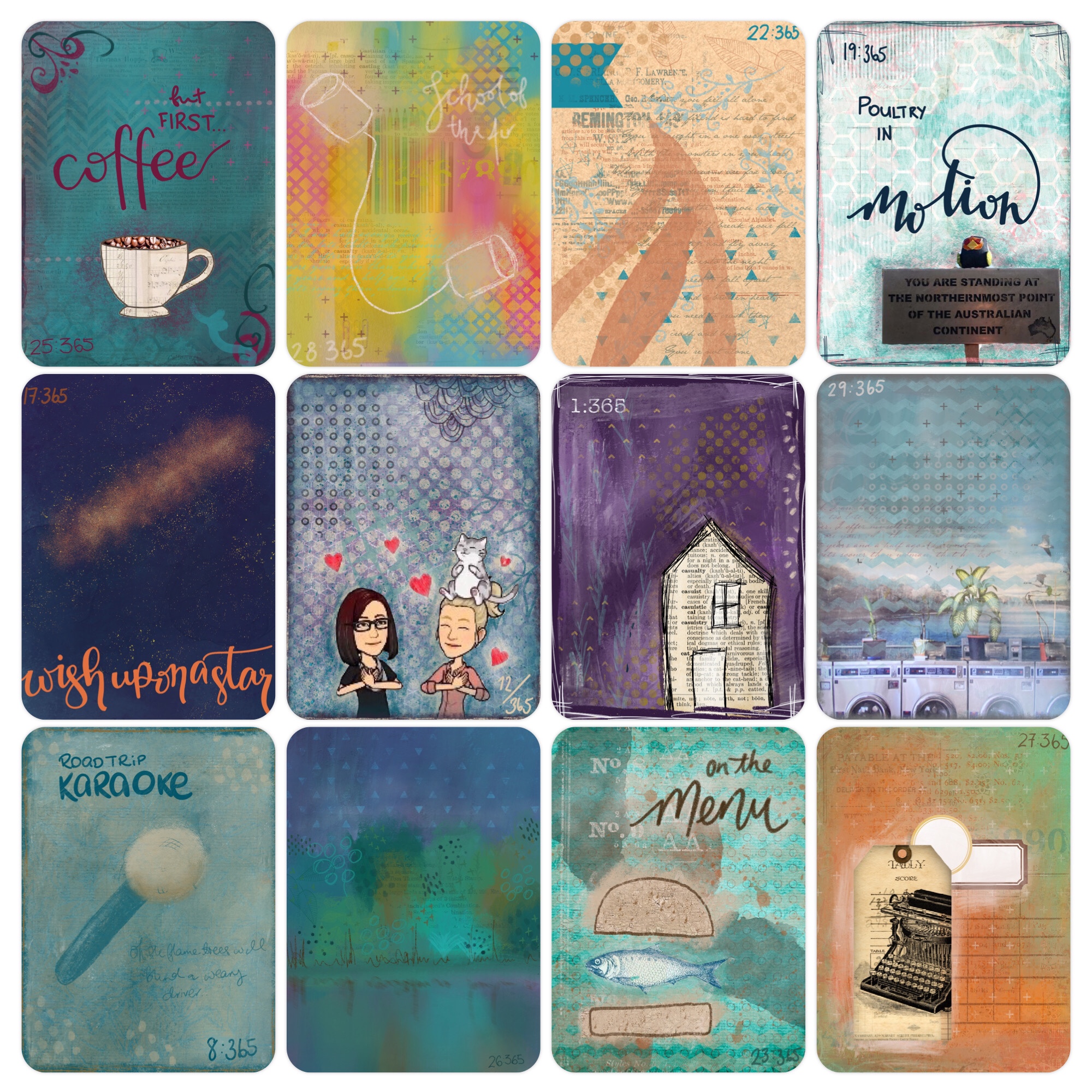 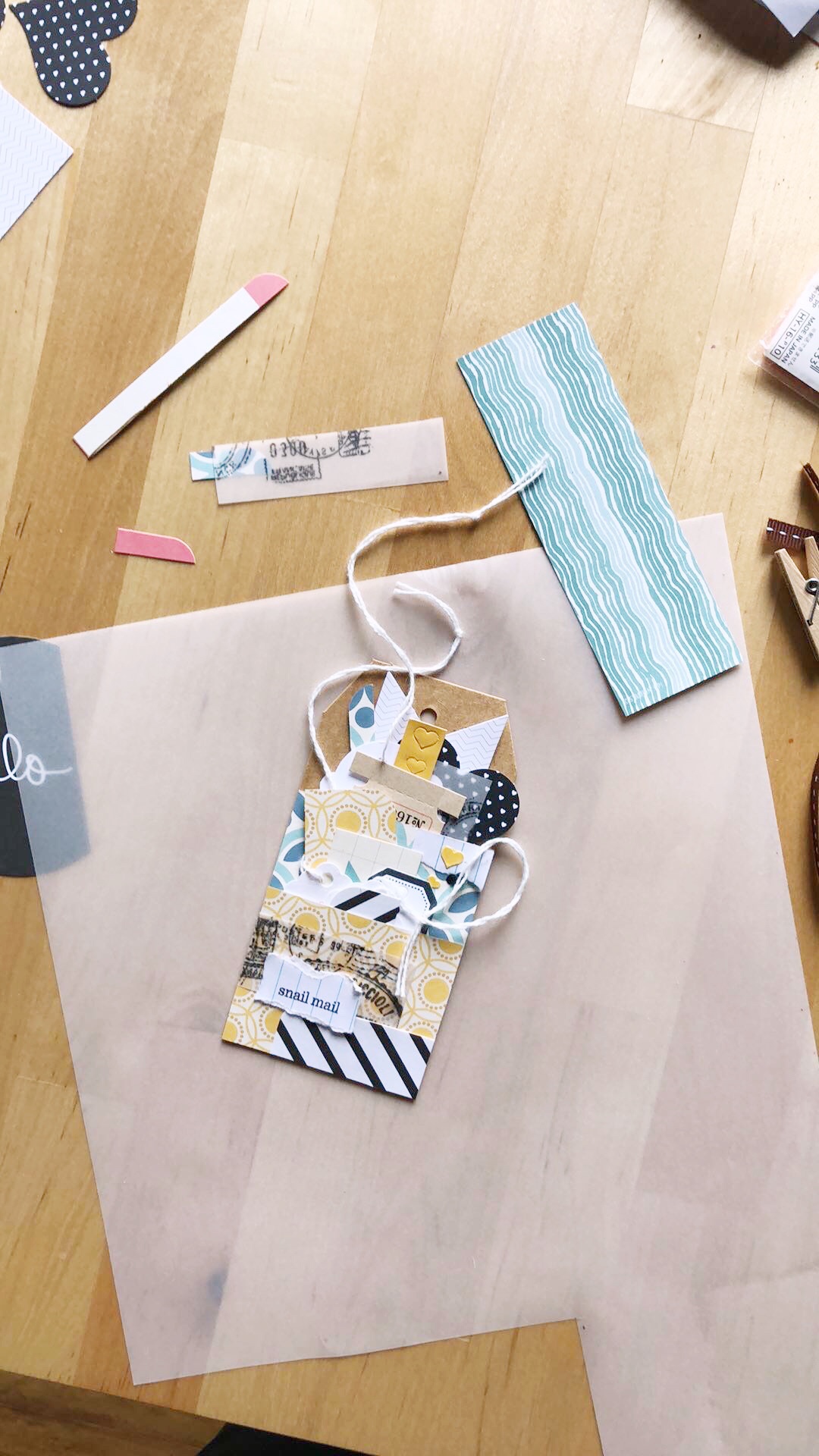 …load me up buttercup… 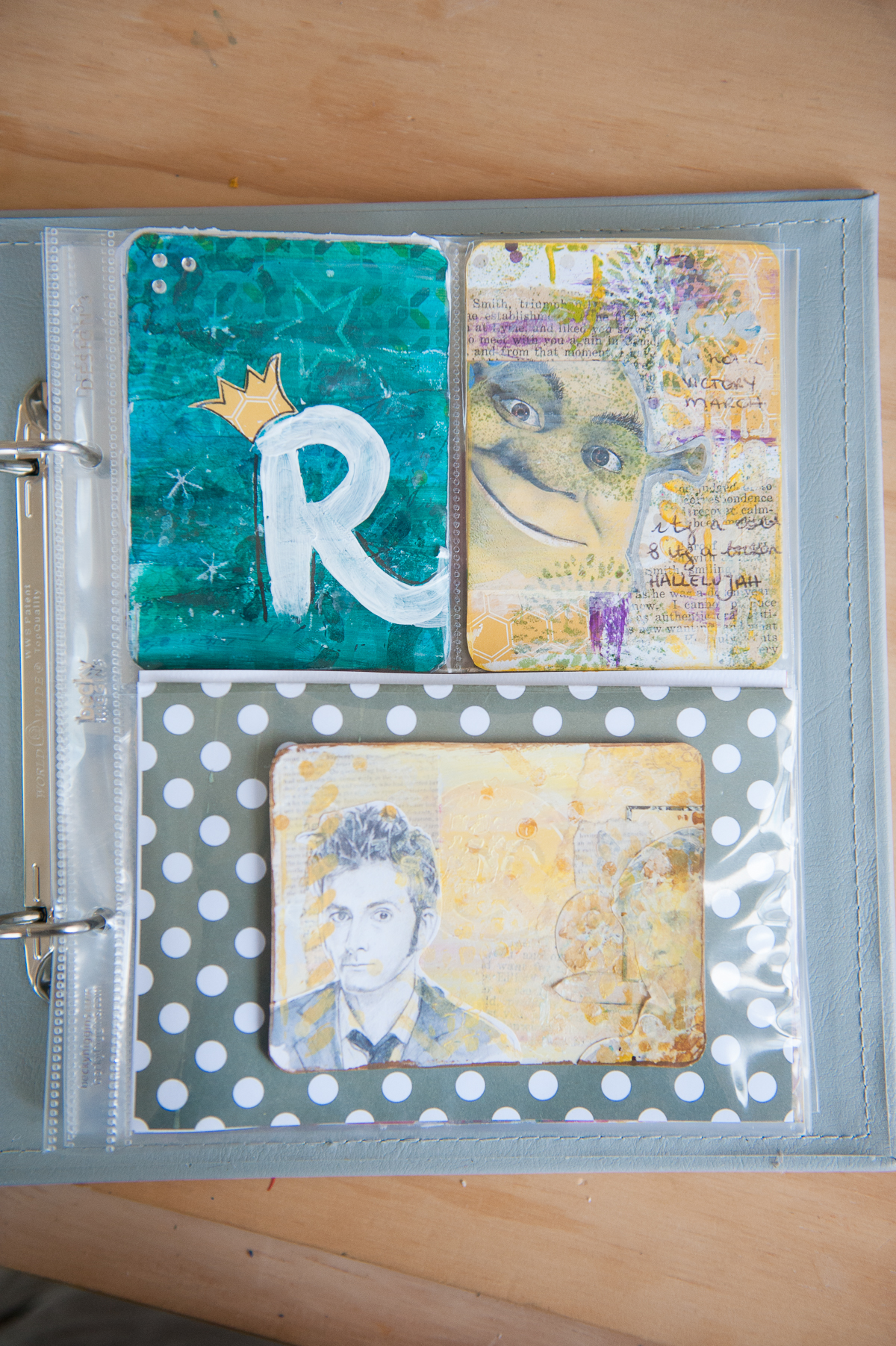 …barefoot card of the week project…