…the more they stay the same. This past birthday season, we have seen a new era in this parenting gig – teenagerhood. We’ve also had “the baby” turn six and move from preschool at the end of last year, to part-time homeschool, to officially being registered and a big-school boy (does it count as big school when you don’t have to get out of your pyjamas for lessons?). And yet, this week, I found myself back in the same loop that has played out over and over in the last 13 years – my craft room invaded by small people, paint everywhere, boxes pulled from the recycling, and imaginations let run riot.

It all started with the box of last month’s Kiwi crates. I received the email saying October had shipped, and September was still sitting under my desk, so I figured we better get hooked in. We get the Tinker, Kiwi & Atlas crates to use as part of our homeschool. Lots of fun, but three crates a month, that then get repacked back into the boxes and shoved in the schoolroom cupboard, means the shelves were overflowing with past kits, so while the kids played with the disc launcher, I pulled out a crazy number of past boxes, and sorted through them. A pile for instructions & zines, a pile for leftovers to pop on the craft trolley, a pile for bits that had no real future use, a pile for projects to find a home for. And, of course, a pile for kits we had forgotten about! Whoops!

My kids, of course, are suckers for piles of empty boxes, and with no less than 13 sitting there begging to be something other than recycling fodder, it wasn’t long before my craft room was invaded and rapidly turned upside down.

Mr 13 recently super-sized his Arduino and electronics component collection thanks to birthday money, and used it to make a replica Snake game (remember those from the old Nokia days? Ah, for the days of simpler, monochromatically-screened, non-smart phones…). His boxes went into making a case for the joystick and wiring to make it easier to play. Mr 11 also went the downgrading-electronics route and made a “radio” that he could slot one of our old phones into for his audiobooks.

Their creations are definitely more involved than the days of “lets stick these two boxes together and add a toilet roll for a funnel and call it a train”. Miss9 created an entire jungle for her sloth that she’d made from the Brazil Atlas crate. Sophia Sloth now happily lives under the bed in her forest box, sleeping on a vine…that is, when she isn’t wrapped around her human’s wrist like a watch! Who knew a small felt animal could be so fun?

It was such a fun couple of hours making messes together. It’s one of the highlights of the last 13 years that somehow I’ve managed to raise four intelligent, creative little people who love keeping their hands busy as much as their mama does. Some of my favourite childhood memories are connected to crafting, and I hope that in the future, these afternoons of upcycling boxes will also be looked back on fondly by these crazy kids who insist on growing up too fast. 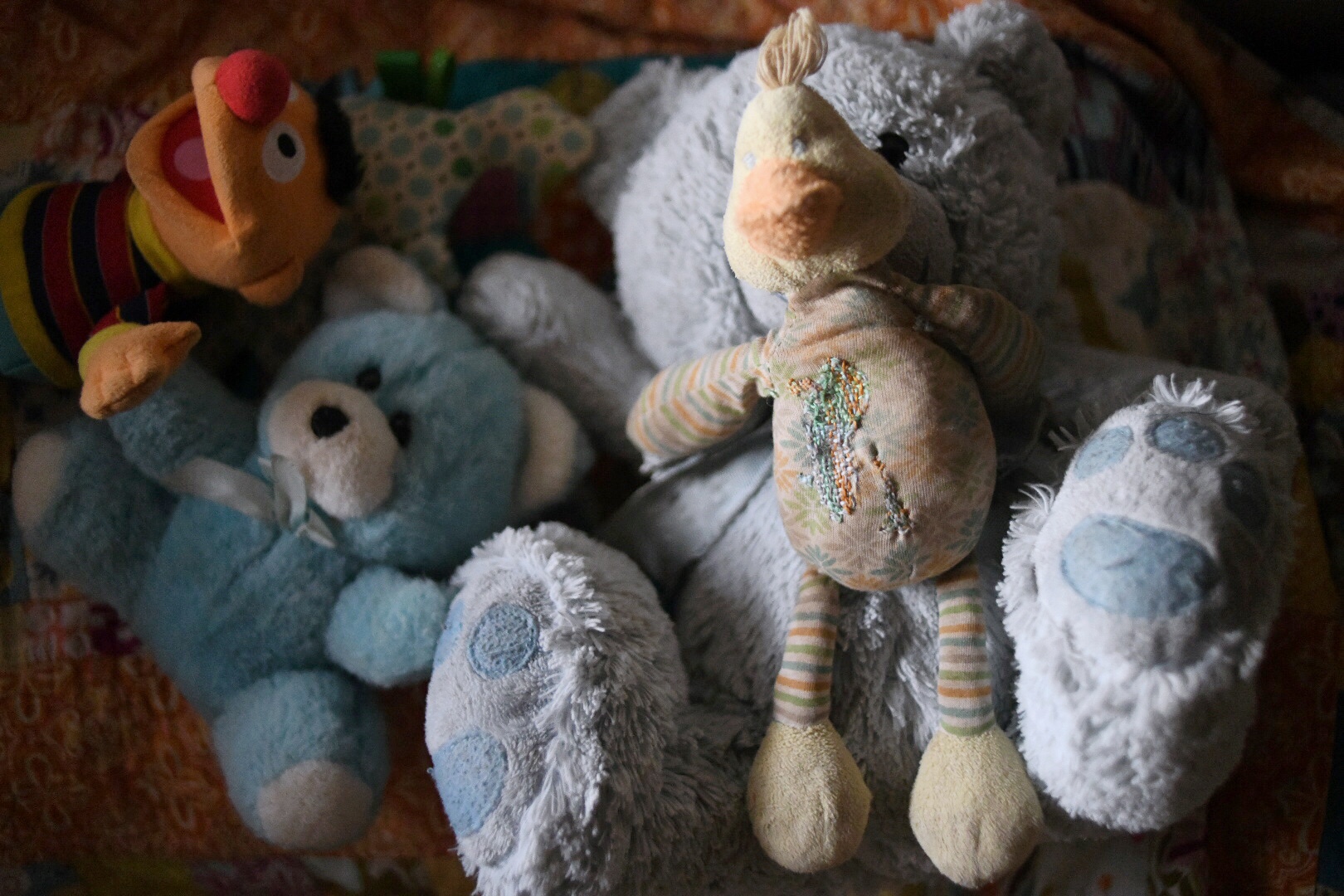