Monthly projects are not exactly my forte. Or more precisely, keeping up to date with monthly projects is not exactly my forte. Back in 2015, I allowed myself to be talked into joining the monthly Story Time Sampler project. With famous last words, I thought it would be easier to keep up to date on, “with smaller blocks” than the Once Upon A Time sampler, which my blog notes at the point of starting story time, was approximately 30% finished (and remains unfinished to this day – more on that later).

Like all these grand ideas, I started off strong, and had February done on time, along with having read the book as well. And from there? Well… looking at my archives it was September 2018 before I made any meaningful progress. A quick burst of energy and then it languished further. After becoming bored of my usual school table crafting, I picked it up again in early 2019, and finally got the blocks finished in March. Then came my least favourite part – frames. I ordered the floss I needed, and then promptly shoved the whole lot back in the too-hard drawer.

With the start of a new year, came a move to a new house, one without a craftroom and limited storage, and my focus had to shift to handwork that was at least semi-portable. It seemed a good chance to finally suck it up and get the darn thing done. In theory. In practice, it got shoved in my “stuff to work on” box and continued to be ignored. Of course, 2020 then proceeded to happen in pretty spectacular fashion, and like many of my recent finishes, once covid came along and gave me plenty of down time, I rapidly began running out of handwork projects. With the list dwindling, and all other stitchery type projects finished, the time came to bite the bullet and get Story Time finished.

My frame-stitching aversion bit me on the bum more than once, I must confess. The Phantom block was a full stitch to the left of where it should be. Sherlock and Dorothy were a stitch higher than the rest of their row…which in turn was half a stitch too low. A bit of fudging here and there, though, and I managed to power through the frames without a huge amount of unpicking and restitching required.

The frames originally were supposed to be one of four variegated threads, but 2 frames in, I didn’t really like how the pastel frames blended into the pale fabric, and so switched to the dark grey for all 12 frames. I also decided to leave off the title banner at the top, but otherwise, and excluding the aforementioned fudging of inadvertent stuff-ups, I stuck with the pattern and didn’t include any modifications – not often that happens in my projects!!

It feels good to have it done and be able to tick that one off my list. Of course, with one project finished, I’m hunting around for the next one. My crochet mandala is keeping me occupied of an evening, and growing rapidly. There’s an applique project I’ve been considering. I need to catch up my digital ATC project, and restart my morning painting project. Spring has well and truly sprung as well, so the garden and great outdoors are calling my name of an afternoon when I would normally craft over winter. This afternoon’s job once we’ve finished school is to flick through my pinterest boards and my iso to-do list and pick my next project to get started ready for school tomorrow. Decisions, decisions… 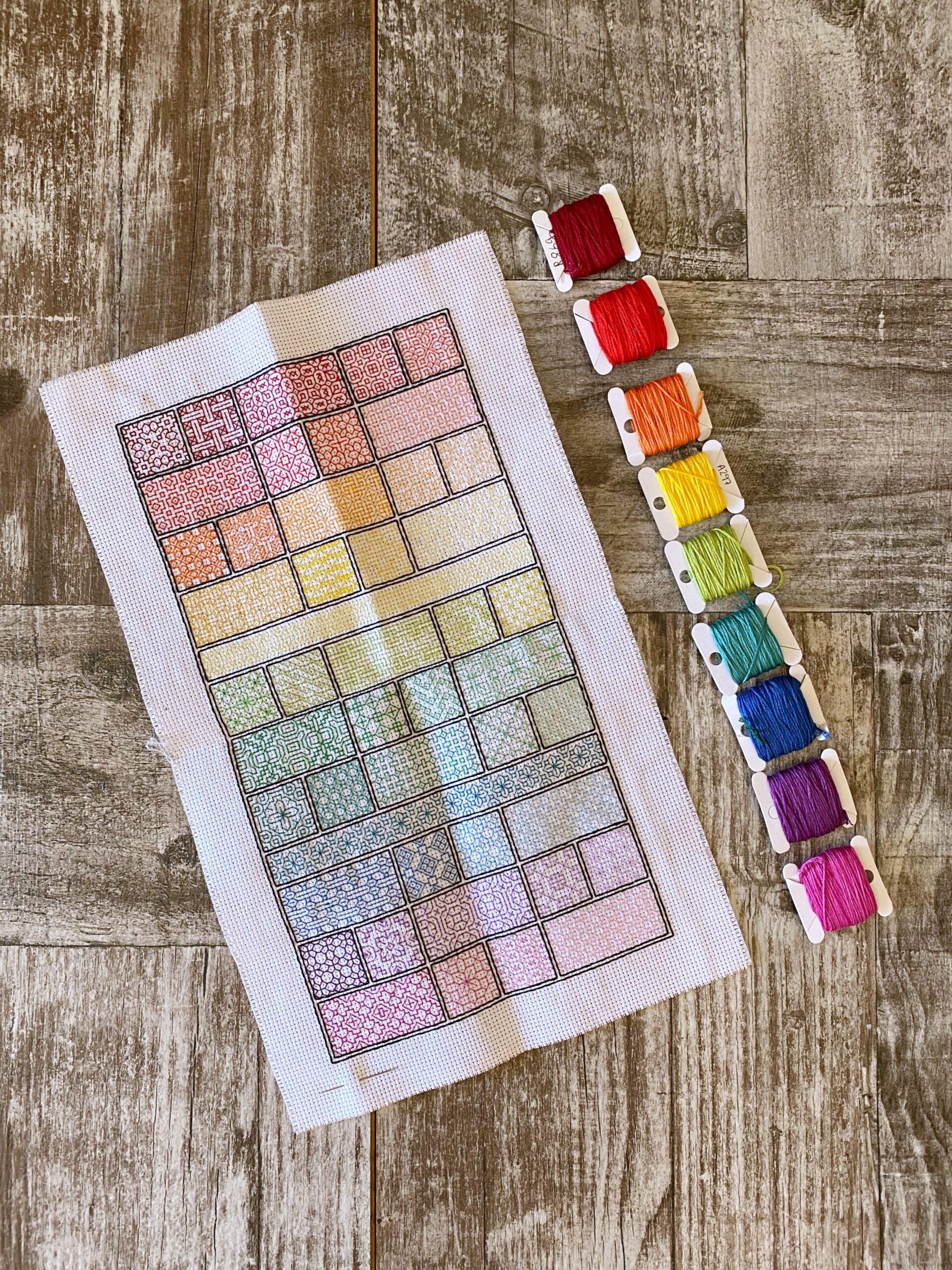 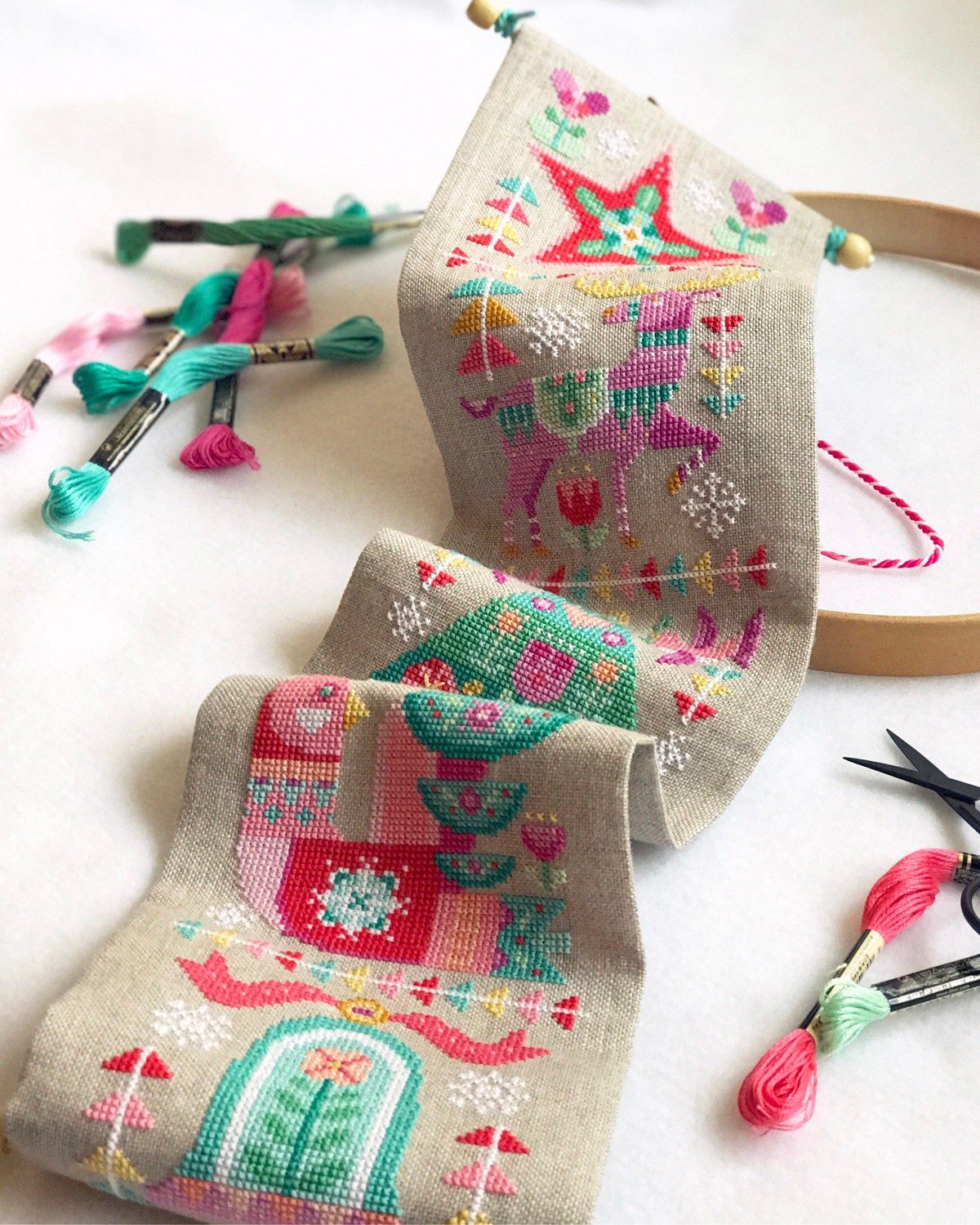 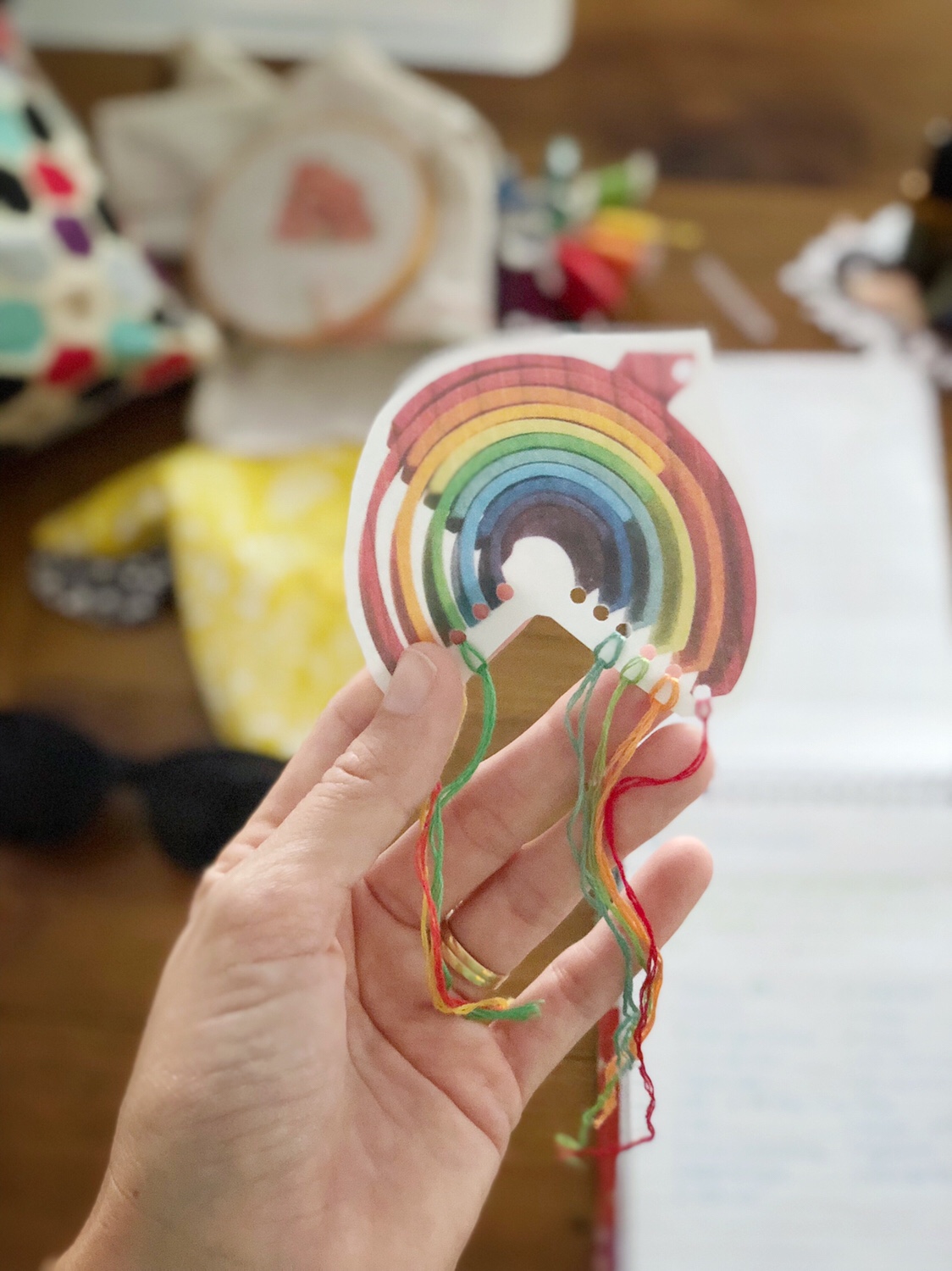